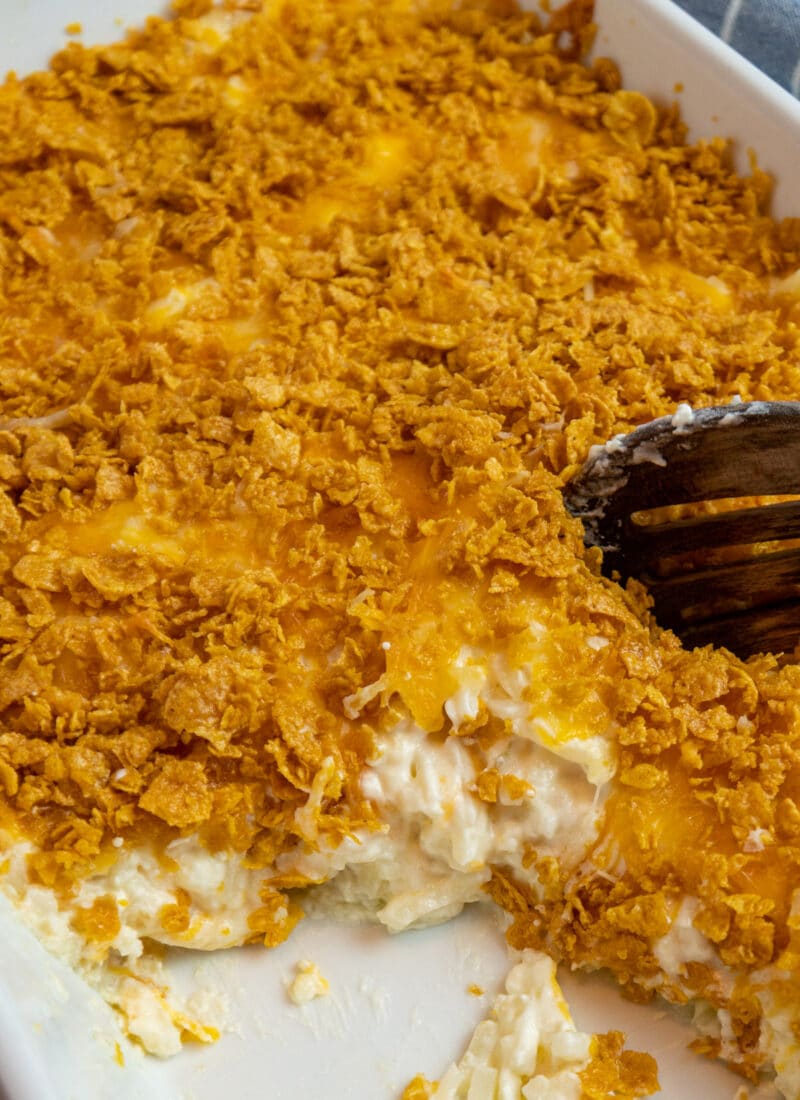 October 12, 2021 0 comments By Shanna Allen This post may contain affiliate links. We may earn money from the companies mentioned in this post.
Jump to Recipe Print Recipe

The Best Funeral Potatoes – A creamy and cheesy hashbrown casserole made with tart sour cream, smooth cream cheese, and flavorful cheddar cheese and topped with a cheesy cornflake crust for a crunch like no other.

You know what they say, “there’s nothing more comforting than a potato.” Well, it looks like the Amish agree with this sentiment because their funeral potatoes are some of the best. This dish is so scrumptious that any person who has tried it will never forget its flavor. If you’re thrown off by the name, don’t be. While this dish does not have the most appetizing name, it is definitely worth trying. It’s perfect for large get-togethers, potlucks, and the like. Serve it alongside a ham, a turkey, or a roast. It’s also great with eggs for breakfast!

What Are Funeral Potatoes?

Funeral potatoes, also called “Amish potatoes,” are a classic side dish that is often served at family dinners and funerals. This casserole consists of shredded hashbrowns, onions, cream of celery soup, sour cream, cream cheese, and cheddar cheese and has a cheesy cornflake topping. If you’ve ever tried Cracker Barrels Hashbrown Casserole, this can be considered a “copycat” recipe of sorts. Though it is Cracker Barrel who is the real copycat here, although they do not use cornflakes, the similarities are definitely there.

Are Funeral Potatoes A Mormon Tradition?

Yes, while I could not find an exact date of origin, Funeral potatoes are very much so a Mormon tradition.

While this side dish started out in the Amish community, it is now served in many other communities. Funeral potatoes are not only popular in Utah and among Mormons but also throughout much of America. States like Texas and Wisconsin even have their own versions of funeral potatoes that include green chilies or cheese-filled bread on top instead of cornflakes

Why Are They Called Funeral Potatoes? Why Not Just Potato Casserole?

The name comes from the fact that funeral potatoes are often served at funerals. Since this food item was first made by the Amish community, it has carried on its name despite being found throughout much of America today. This dish was created when the Amish community needed an easy way to feed large groups of people, especially during meals where meat could not be served. In order to make sure everyone had enough to eat, they began serving big casseroles, like funeral potatoes. It took on the name as it became an easy identifier when planning a meal for funeral guests.

You’ll need a 9 x 13 baking dish, a medium and large mixing bowl, and a few utensils for this recipe. You won’t have to do any direct cooking, which is a plus! Just mix, dump and bake!

Ingredients For Your Funeral Potatoes

How To Make The Best Funeral Potatoes

What To Serve With Funeral Potatoes

As far as main dishes go, as mentioned above, you really can’t go wrong with ham! It also pairs really well with fried chicken, turkey, roasts, and the like. For sides, go with some southern-style green beans, brown sugar carrots, or even just a plate of sliced tomatoes!

For dessert, go with something that is fruity in base to cut some of the heaviness like lemon bars, a fresh peach crisp, or a no-bake blueberry cheesecake!

Can I make This Recipe Ahead Of Time?

Yes! You can prep and bake these potatoes ahead of time and then keep them in the fridge for up to two days before you need to pull them out and serve. Just follow all steps except for putting the topping on the dish, cover with saran wrap or foil, and store. When ready to eat, remove from refrigerator 30 minutes prior so they can come back up to room temperature and then bake as directed.

Will These Potatoes Be Soggy If I Make Them Ahead Of Time?

No, not at all! Since they’re stored in the fridge, the ingredients actually absorb more flavor, so it tastes even better when you do go to serve them later on. So feel free to prep your casserole dish up to two days in advance and then just pop it into the oven when ready to eat.

How Long Do Funeral Potatoes Last?

These casserole dishes will stay good in your fridge for up to two days after being baked. After that, they begin getting a little soggy, so if you have leftovers, I recommend either eating them within 24 hours or putting them into an airtight container and popping it into your freezer. 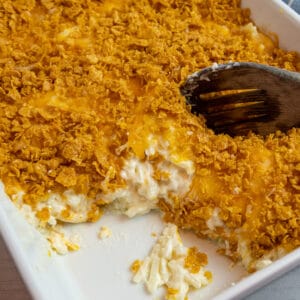 Keyword Funeral Potatoes
Tried this recipe?Let us know how it was!

HAVE YOU TRIED THIS RECIPE?

RATE and COMMENT below! I would love to hear about your experience. Getting feedback from you helps me and other readers too!

Hey friends! My name is Shanna I am a wife (my husband is Ryan), a mom, and a lover of all things baked. I love traveling all over the world and spending time with my family! 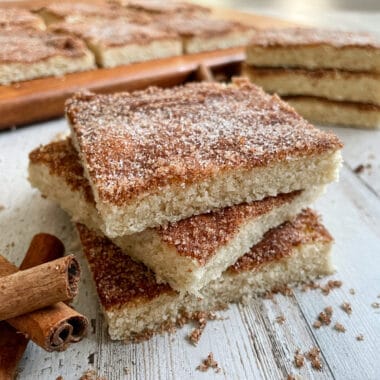 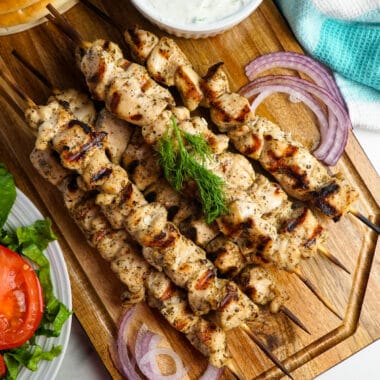